Daisy and Jr are two Jack Russell Terriers who love to play in the pool. Sharks & Minnows, Marco Polo, or how about a friendly game of CHICKEN! Who remembers that one? And who still plays it? When it comes to people, you generally have two teams of two. One person climbs on top of the other's shoulders and then the teams battle it out, trying to knock each other into the water. These two pups aren't quite tall enough to touch the bottom while standing, so they just like to chase a rubber chicken instead.


Posted by Little Friends Photo at 9:14 AM

An impressive share, I just given this onto a colleague who was doing a little analysis on this. And he in fact bought me breakfast because I found it for him.. smile. So let me reword that: Thnx for the treat! But yeah Thnkx for spending the time to discuss this, I feel strongly about it and love reading more on this topic. If possible, as you become expertise, would you mind updating your blog with more details? It is highly helpful for me. Big thumb up for this blog post! 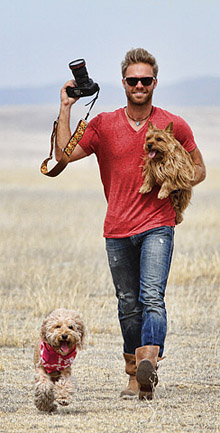